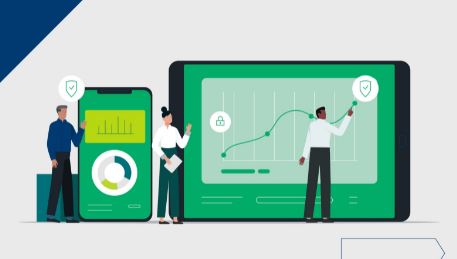 BrightInsight is a healthcare Internet of Things platform company that provides an FDA-approved platform to develop software-as-a-medical-device products. The primary service that BrightInsight offers is the opportunity to build out a complementary digital health product on the Company’s platform augmenting existing pharmaceutical products and medical devices. Just as many consumer electronics like Nest smoke detectors, Roku Internet TV boxes and Tesla cars have complementary consumer phone apps, medical devices and pharmaceuticals are in need of their own apps to enhance the consumer experience and ultimately generate better medical outcomes. BrightInsight’s software is used to create these types of integrations and apps, increasing patient engagement and collecting, managing and analyzing data for their pharma customers’ products and medical devices. BrightInsight’s customers include Roche, Novo Nordisk and AstraZeneca, three of the largest pharmaceutical companies in the world.

Alpha in the Media

This month, we are pleased to be mentioned in media stories and newsletters covering the VC community:

The Information: “The reality is we’ve not even scratched the surface yet. We’re at the very beginning of this boom.”  – Steve Brotman

The Protocol: “We’re like SPV as a service. Wouldn’t your time and money be better spent finding the next great deal?”  – Steve Brotman

“It’s an honor to be recognized by TIME Magazine, not just as a leader in our field, but as one of the most influential companies in the world,” said Wayne Ting, Lime’s CEO. “We’re truly humbled by this recognition and it’s a testament to our dedicated team, our riders and our city partners across the world. It is also a clear acknowledgement of how our mission-driven approach to revolutionizing urban mobility has made a true impact in the lives of city residents across the world.

Last month, Lime announced a $50 million investment into its newest-generation e-bike. The investment will allow the company to launch and scale its newest model and reach 50 cities around the world, doubling its current footprint.

Read the full story on Time >>

Lime, Bird and Veo have scored coveted permits to New York City’s first e-scooter pilot. The three companies are expected to begin operations in the Bronx by early summer with 1,000 electric scooters each. “This e-scooter pilot program couldn’t come at a better time, as New York focuses on providing low-cost transportation options that allow residents to travel socially-distanced in the open air,” Lime CEO Wayne Ting said in a statement. “In welcoming a new mode of transportation to its streets, New York demonstrates its dedication to shepherding a sustainable recovery from COVID-19 — one that isn’t hampered by the crippling traffic congestion that depresses growth.”

In preparation for the Bronx pilot, Lime designed and built seven vehicle types to meet various physical abilities, including a three-wheeled, sit-down vehicle for someone who has challenges balancing; a two-wheeled sit-down for someone who can’t stand for long periods of time; a tandem scooter of sorts so someone who has trouble seeing.

The digital parking leader in North America, today launches its parking reservation app on Android Auto™. Drivers can now view, navigate to and redeem SpotHero reservations via their car’s head unit in over 300 cities across North America.

SpotHero’s expansion to Android Auto is the latest of several Google integrations for the digital parking marketplace. SpotHero introduced Google Pay™ support in 2017, making payments easier than ever before for drivers. In 2018, SpotHero announced a Google Assistant integration via Android Auto at CES.

Gopuff said this is “the first of many steps” in its plans to invest in new international markets, beginning with the U.K. and Europe.

Over the last year, Doctor On Demand experienced significant growth in its Total Virtual Care™ services, particularly in relation to its Virtual Primary Care and integrated behavioral health offerings. It was also the first virtual care provider to extend medical services to over 33 million Medicare Part B beneficiaries nationwide in response to COVID-19.